The Clock Strikes at Midnight

Her first place writing awards include : Best mystery manuscript in the Malice Domestic Grants competition, best proposal for a nonfiction piece in the Harriette Austin competition, and best story, Butterflies in a Strawberry Jar in the Cassell Network of Freelance Writer’s Association. 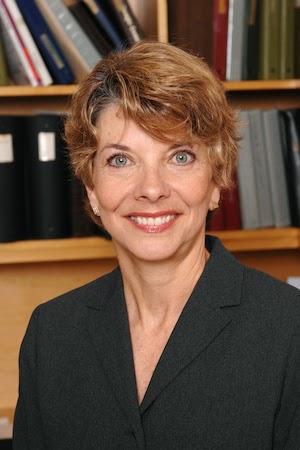 “I write about characters who remind me of myself at times and my sister at times, but never fully so. My stories are told from a woman’s point of view. Characters drive my writing and my reading.”

Having grown up in the South with a mother from Westchester County New York, Joan has a unique take on blending the southern traditions with the eye of a northerner.  She spent most of her childhood in North Carolina and now resides in Georgia.


For some writers creating action scenes comes easy. For others they are harder. I come from a journalism background. I learned how to write in short, distinct sentences and how to look for key points quickly. These traits make it easier for me to write action scenes than it might be for someone coming from an English or English lit background.

Let's take a look at some ways to create action scenes. What works and what doesn't.

·         Short sentences or phrases. Sometimes using a single word is all you need Whatever you do, however, the sentences must be tight. Let's look at an example: "He walked into the room and found himself surrounded by a feeling of emptiness, that sense that nothing is there even though he knew she was in the other room needed his help." An action scene like this would put the reader to sleep. Instead:  He crashed through the locked door. Glanced around. No one. Listened. A noise sounded from the other side. He approached, gun in the air. Seconds later he held her in his arms.

·         Use hard, action verbs. Avoid using passive voice and the "to be" verbs. Of course, we should avoid passive voice all the time in our writing, but with action scenes it's essential to use active voice. As for "to be" verbs. Sometimes we have no choice but again, use them sparingly when writing action scenes.  Example:  "The meeting was scheduled for later but he was early as he always was and when he found that the door was locked, he tried to break in, but his tools had not been replaced and he ended up with bungling through the door." Again, I can hear our readers snoring. First, the sentence is too long and second the writer uses passive voice three times (can you catch them?). Let's see if we can rewrite it: Mark scheduled the meeting for six. He edged close to the door. No sound. He fingered for the knob. Turned. Nothing. He reached for his trusty screwdriver and probed the lock. Impossible. A footstep approached. Mark bashed through the door.

·         Imagine the character's feelings.  We can't get too much in the character's head during an action scene. It is not a time for internal dialogue unless that dialogue plays with the actions as in this excerpt from The Clock Strikes Midnight. Notice how internal dialogue and feelings play with the action: She resumed the butt-crawl. Having no idea how long she had been struggling like a snail across the floor, she continued to ease herself along the edge of the wall. Time crept by. Once she reached the shelves, she backed up to them and finger searched. Her hand rubbed across the smooth surface of jar after jar. Finally she hit on a round object. She had no idea what it was but the edge felt sharp. A lid from a Mason jar?

·         Mix your short and long sentences. Here's another example from The Clock Strikes Midnight: Finally, she got it placed exactly where she wanted it. A noise sounded from the staircase. Damn!  The door opened and footsteps edged down the stairs preceded by a flashlight.

·         Use dialogue but quick short sentences. Not long explanations. Example: "Who do you want to see?" said Louis. "I'm looking for the girl that you kidnapped," Mark answered. Let's re-write this to: "What the--"  Louis blurted "Where's the girl?"  "What girl?" Mark grabbed him by the throat. "You know what girl." 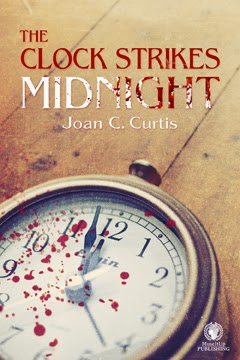 The Clock Strikes Midnight is a race against time in a quest for revenge and atonement. This is a story about hate, love, betrayal and forgiveness.

If you found out you had only 3 months to live, what would you do? That’s the question Janie Knox faces in this fast-paced mystery full of uncertainty and tension that will surprise you until the very last page.

Hiding behind the façade of a normal life, Janie keeps her family secrets tucked inside a broken heart. Everything changes on the day she learns she’s going to die. With the clock ticking and her time running out, she rushes to finish what she couldn’t do when she was 17—destroy her mother’s killer. But she can’t do it alone.

Janie returns to her childhood home to elicit help from her sister. She faces more than she bargained for when she discovers her sister’s life in shambles. Meanwhile her mother’s convicted killer, her stepfather, recently released from prison, blackmails the sisters and plots to extract millions from the state in retribution. New revelations challenge Janie’s resolve, but she refuses to allow either time or her enemies to her stop her from uncovering the truth she’s held captive for over 20 years.

“Daddy, when I get my kitty, can I name him Davy?” she had asked, yanking Marlene’s Davy Crockett mug full of M&M’s from her grasp.

The colorful candy spilled all over the backseat of the car.

“Janie, behave,” Daddy said, admonishing her for an instant with his eyes from the rearview mirror.

Janie slammed into Marlene. Pain. The world tumbled topsy-turvy. The mug flew across the interior of the car, colors of the rainbow falling all around her.

Then, everything went black.

When she opened her eyes, Mom’s blood-streaked face rose in front of her out of the darkness.

“Wrap your arms around my neck, honey.” Mom lifted her from the wreckage.

Janie clutched her doll by the dress while the rain beat her curly hair flat.

Marlene stood on the side of the road.

“Try to walk,” Mom said, toppling her from her arms.

Her head pounded and blood trickled down her leg. She leaned on her good leg and limped in the direction of her sister.

Mom took Marlene’s hand and yanked her forward with Janie in tow.

Marlene lurched back toward the smashed Oldsmobile with smoke billowing from its hood and a big tree lying across the roof. The Davy Crockett mug lay shattered by the back tire.

They had left Daddy that day and piled into an old Chevy pick-up truck with a bashed in headlamp, belonging to a man with carrot-red hair. Mom pushed them inside the truck and ordered the man to get help. But by then it was too late for Daddy.

It was too late for all of them.

One randomly chosen winner via rafflecopter will win a $50 Amazon/BN.com gift card.


a Rafflecopter giveaway
Posted by p.m.terrell at 12:34 PM